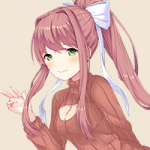 Hi, I'm Ember, I'm a Chat Mod, Moderator and Rollback (verify here), even though it just says "Moderator" on my Profile :P I've been active on this Wiki since late 2012, but only made my account in early 2013 when I realized anons can't upload images :P I showed my sister the Wiki later and she made an account too, but that was back before she changed her account's name :P My first friend here was Sib and I still love her and talk to her. My other friends are Iron, Skye, LJ, Mary, Jack Frost and others. My favorite Admin is The Rush because he doesn't look only to block people and is understanding, plus, he's been putting up with me since 2012 so ya know he's gotta be pretty chill ;) (no but seriously I was really obnoxious when I first joined and was always asking things about how the website worked :P I'm probably still really obnoxious tho, LMAO XD), my second favorite Admin is Skye for many of the same reasons, but I really HATE when people ignore her and only listen to The Rush. She's an Admin too guys and a really good one so knock it off -_- =3= I like ROTG, my favorite scene is when Jack saves Mary (his little sister, I call her Mary) and when Jamie believes in Jack Frost. My favorite guardians are Jack Frost, Sandy and Tooth, my favorite characters are Jack's little sister aka Mary Overland (I call her Mary, she has no official name), Katherine, Nightlight, Jamie, Sophie, Pippa and Emily Jane (that's her real name, not "Seraphina", but I sometimes call her Emma for short), I ship Katherine and Nightlight and I like Sophie and Bunny's relationship.

Important Things You Need To Know

Problems With Another User?

If you have any issues on Chat or the Forums, like someone harassing or spamming you, tell me, The Rush or Skyebreeze and we'll handle it. If you get into an edit war or someone is vandalizing tell me and I'll rollback the page they are harming and tell an Admin if the User needs to be blocked. It's best to try to talk to the User causing trouble or distress, but I understand if they refuse to listen, I've been there before, I know how frustrating it can be and how they can try to twist it around on you to look like the victim when you finally snap, I will look over everything you want me to and listen to both sides before making any decisions, so don't worry about being banned from Chat or anything if there's a disagreement. If you do get caught in a ban, just discuss it with me. I probably won't get involved however, if it's between you and an Admin.

Why Are You Yelling At Me?

If I use CAPS it does NOT mean I am "yelling" at you, it simply means I am trying to stress a point by making it stand out more (seriously, I have honestly been telling this to people since I first joined, so just putting this out there for everyone as a reminder or for new people who don't know). If you want me to stop when talking to you I will, but it's kinda a habit so sorry if I forget :P I also sometimes swear, but it'll usually be bleeped out with "*" in the middle of the word, so same thing with caps :P I usually always tell new people this though, so it should be expected :P

For the images I made, DO NOT use ANY of them without first getting my permission. I'm finding the sources for the images that aren't mine. I put in the caption when an image is not mine and am NOT trying to steal or take away credit from it's creator, that is not my intention. If you know the source for an image, tell me and I'll add it. Thanks.

Why Are You SOOO Angry All The Time??

I try to be nice but I will not tolerate bullying, harassing, spamming or people not following the rules (they are there for a reason, not to be ignored -_-), but if you think I'm being unfair you need to tell me so I know and can improve, and no, that does not mean calling me "the worst person ever", try to be a little mature about it. I don't mean to offend or hurt anyone, so if I do, I'm sorry and did not mean to hurt you, again you have to tell me because I probably won't even realize that I did. I start out respecting and being nice to EVERYONE despite anything like gender, race, etc. (I've only ever started out mean to ONE User to see if it would change anything, NOT because of anything like race or that, and that failed so I apologized.) and I expect the same. It's called mutual respect. However, expect to be treated how YOU treat me and other people. The second you open with something stupid like "YOR THE WORST PERSON/CHAT MOD/MODERATOR/ROLLBACK/WHATEVER EVER BORN!!" or try to dehumanize or cyber bully someone expect to be reported and even blocked. The second you say something stupid like that or think you own the Wiki and know every single thing about it and everyone in it, the second you think harassment is a better choice then treating someone like a human being and being at least decent, the conversation is over. I try not to start fights and to be everyone's friend, but that does NOT mean I will put up with bull crap. I have put up with it before and have been treated like a pushover and utter crap because of it, so NEVER AGAIN will I EVER allow someone to do that to me or ANYONE here. I may not start it, but I SURE as Hell WILL finish it if need be. Many of my friends have been bullied for dumb things like the character they role play as and have even been brought to tears because of it, I promised them all I would defend them from anyone who ever attempts to again, but it has led me to distrust and avoid any and all new Users, so if you feel like I hate you, I most likely don't, you can message me if you want to and I am trying to be more open to new Users again like I once was. Once again, please tell me if you think I am being unfair to you or anything like that so we can discuss it and have a compromise, I don't bite....hard ;) (JK about the biting part XD).

Retrieved from "https://riseoftheguardians.fandom.com/wiki/User:Fangirl111?oldid=104382"
Community content is available under CC-BY-SA unless otherwise noted.