Rise of the Guardians Wiki
Register
Don't have an account?
Sign In
Advertisement
in: Picture Books, Books

The Man in the Moon (The Guardians of Childhood)

The Man in the Moon

The Man in the Moon is the first picture book in the Guardians of Childhood series. It tells the story Tsar Lunar, the very first Guardian who lives on the moon and protects the dreams of all the world's children.

Up there in the sky.
Don’t you see him?
No, not the moon.
The Man in the Moon.
He wasn’t always a man.
Nor was he always on the moon.
He was once a child.
Like you.
Until a battle,
a shooting star,
and a lost balloon
sent him on a quest.
Meet the very first guardian of childhood.
MiM, the Man in the Moon.[1]

"A fabulous recapturing of an old, real fairy-tale world. Dark. Mysterious. Stunning!"
- Maurice Sendak, Caldecott-winning creator of "Where The Wild Things Are"

"William Joyce, to put it simply, is a genius, and we are lucky to have another book from him. The Man in the Moon is filled with tenderness, love, and enchantment. It's an unforgettable story that will leave readers wanting more...and luckily there IS more, because The Man in the Moon is just the first in the Guardian's of Childhood series, which will, I predict, take their rightful places in the hearts of children everywhere." -- BRIAN SELZNICK, author/illustrator of the Caldecott-winning "The Invention of Hugo Cabret"

"Each of William Joyce's books has been more beautifully painted, more magically imagined, and more deliciously written than the one that came before. The Man in the Moon is the latest dazzling masterpiece— the one we Joyceans, young and old, have been pining for."
— Michael Chabon, Pulitzer Prize-winning author of "The Amazing Adventures of Kavalier & Clay"[2] 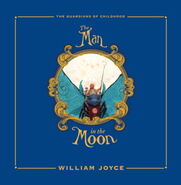 A special fabric-cover edition of "The Man in the Moon" 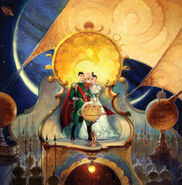 “As a baby, the Man in the Moon had everything a child could need.” 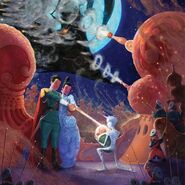 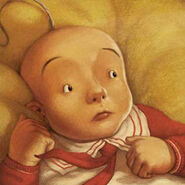 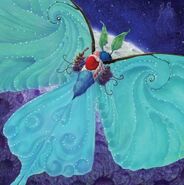 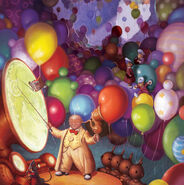 Balloons lost on earth often floated up to the moon, carrying the hopes and dreams of the children who lost them. 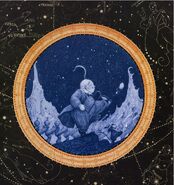 The Man in the Moon and his friends kicking rocks 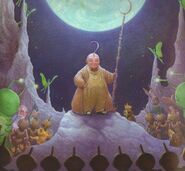 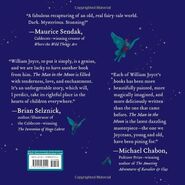