Rise of the Guardians Plush 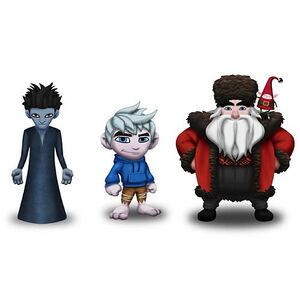 A stuffed toy is a toy sewn from a textile, and stuffed with a soft material. They are also known as plush toys, plushies, or stuffed animals (U.S. English), and soft toys or cuddly toys (British English).

Textiles commonly used include plain cloth and pile textiles like plush or terrycloth. Common stuffing materials are synthetic fiber batting, cotton, straw, wood wool, plastic pellets or beans. Stuffed toys are made in many different forms, often resembling animals, legendary creatures, cartoon characters or inanimate objects. They are often used as comfort objects, for display or collecting and given as gifts, such as for graduation, Valentine's Day or birthdays.

Mezco Toys created 8" plush figures from the movie Rise of the Guardians which includes Jack Frost, Pitch Black and North.

Rise of the Guardians Jack Frost Plush figure. Rise of The Guardians is a 3-D movie from DreamWorks Animation based on the bestselling book series, "The Guardians of Childhood," by William Joyce set to release November 2012. An epic, magical adventure with legendary characters occurs, when an evil spirit known as Pitch, launches an assault on Earth, and several mythical beings join forces to stop him. Mezco brings these characters to life with colorful trio of 8" plush figures: North - The leader of the Guardians. Jack -The main hero of the film, who controls ice and snow. And Pitch - The villain, who reins over darkness and controls nightmares. Executive produced by Guillermo del Toro and featuring the voices of Alec Baldwin (as Santa Claus), Hugh Jackman (as the Easter Bunny), Isla Fisher (as the Tooth Fairy), Chris Pine (as Jack Frost) and Jude Law (as the Boogeyman).

Rise Of The Guardians is an upcoming 3D movie from DreamWorks Animation, based on the bestselling book series "The Guardians of Childhood" by William Joyce.[1] 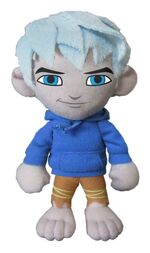 Mezco Toyz Rise of The Guardians Plush - Jack Frost A kind of cute Jack Frost stuffed plush doll. Perfect for young ones and extreme fans. This Jack Frost doll is 8 inches tall. "He is the hero of the movie Rise of the Guardians so it just makes sense that the first and best toys and dolls would come out about him." 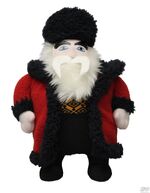 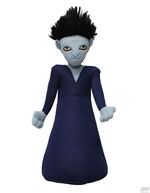 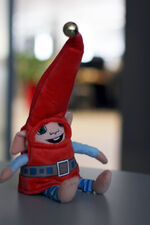