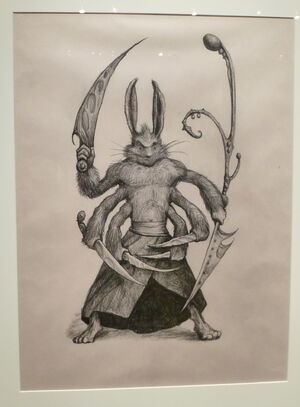 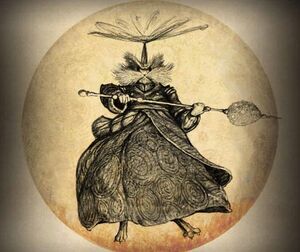 The Pooka is the rarest and most mysterious creature in the universe. They are among the oldest creatures in creation, so little is known about them and even less understood. It is said that they oversee the health and well being of planets.

Pooka have incredible powers. They are able to stop time travelers from disturbing the past. They are also able to shape a planet and create continents. They are skilled in martial arts and are able to increased their power by eating chocolate. The effect of eating chocolate can be different each time as they can grow multiple arms or increase their size to tremendous levels.

Their powers are so advanced that Pitch recognizes Bunnymund's battle cry and said that the battle with the Pookas was the battle he almost lost.

E. Aster Bunnymund is the last of his kind. After his entire clan was destroyed by Pitch, he settled down on Earth and away from any human civilization. It wasn't until years later that Pitch returned and North, Katherine, and Ombric found him and asked him for his help.

Retrieved from "https://riseoftheguardians.fandom.com/wiki/Pooka?oldid=109072"
Community content is available under CC-BY-SA unless otherwise noted.