This page lists all Rise of the Guardians toys released at fast food chain restaurants.

On February 25th, in celebration of the DVD and Blu-ray release of Rise of the Guardians, Carl's Jr. released four toys that would be available with the purchase of every Cool Kids Combos meal.[1] 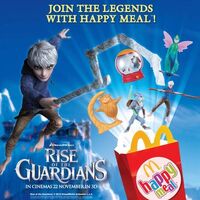 McDonald's released a series of Rise of the Guardians toys that would be available with the purchase of every Happy Meal. It consisted of six toys, each coming along with their own guide, though in Australia and several other countries, the number was bumped up to eight.

In Australia, 2 additional toys were added. 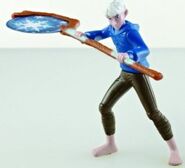 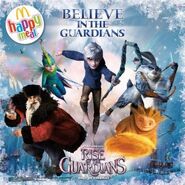 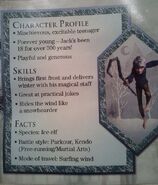 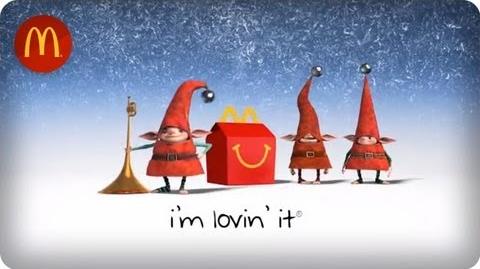 Rise of the Guardians - Magic Inside Each of Us Commercial McDonald's 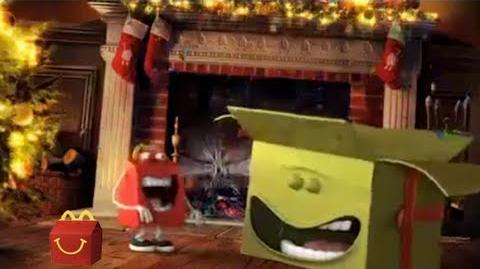 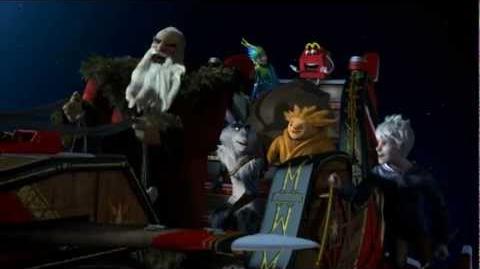 Screenshot of the commercial

Retrieved from "https://riseoftheguardians.fandom.com/wiki/List_of_Rise_of_the_Guardians_fast_food_restaurant_chain_toys?oldid=102537"
Community content is available under CC-BY-SA unless otherwise noted.