Jack Frost[5] is a picture book in The Guardians of Childhood series. The book tells the story of the most recent Guardian, Jack Frost.

Before Jack Frost was Jack Frost, he was Nightlight, the most trusted and valiant companion of MiM, the Man in the Moon. But when Pitch destroys MiM’s world, he nearly destroys Nightlight too, sending him plunging to Earth where, like Peter Pan, he is destined to remain forever a boy, frozen in time. And while Nightlight has fun sailing icy winds and surfing clouds, he is also lonely without his friend MiM. To keep the cold in his heart from taking over, he spreads it to the landscapes around him and earns a new name: Jack Overland Frost.

But a true friend always comes through, and on one particularly bleak night, MiM shines down and shows Jack a group of children in great peril. Through helping them, Jack finds the warmth he’s been yearning for, and realizes bringing joy to others can melt his own chill. It is this realization—that there will always be children who need moments of bravery, who need rosy cheeks, who need to build snowmen, and who are then eager for a spring day—that makes Jack realize why he is a forever boy, and worthy of becoming a Guardian of Childhood. [6]

This third picture book in Joyce’s Guardians of Childhood series, following The Man in the Moon (2011) and The Sandman (2012), recounts the backstory of Jack Frost, the only “Guardian who is a child himself.” As Joyce tells it, Frost was originally a creature called Nightlight, who protected the young Man in the Moon from Pitch, the Nightmare King. After defeating Pitch, Nightlight transformed into Jack Frost, his loneliness bringing winter weather. Joyce’s cinematic artwork continues to captivate, but the narrative covers so much ground so quickly that neither the stakes nor Jack’s redemption carry much emotional weight. Ages 4–8. Agent: Michael Siegel, Michael Siegel & Associates. (Oct.)

The “Guardians of Childhood” include many famous figures among their ranks, such as Santa Claus and the Easter Bunny, but only one among them is a child: a boy named Jack Frost. This gorgeously illustrated picture book depicts Jack’s story. He was not always the chilly figure of winter; rather Jack was once known as Nightlight, and would light the way for his good friend, the Man in the Moon. In an attack on the kingdom, Jack fights bravely and falls to earth, forgetting his own identity as a result. He drifts, lonely and cold, spreading winter throughout the world. He does not age, remaining forever a child. It is only through the power of his old friend’s light that Jack learns to embrace who he used to be in a new way. With plenty of richly designed double-page spreads, the illustrations have a fantastic quality, very otherworldly and packed with detail. The endpapers add to the story, drawing the reader in with descriptions of the main characters. The text varies in length and moves the story along at a satisfying pace, with variation between longer and shorter passages. This story would be an excellent choice for a winter read-aloud. Reviewer: Lisa Czirr; Ages 4 to 8.

The tale of the only Guardian of Childhood to be a child himself turns out to be hinged on battles and transformations. With flights of baroque fancy in both language and art, the story opens with Nightlight, oath-bound protector of the rotund lad who would become the Man in the Moon, locked in "fierce and valiant" battle with would-be kidnapper Pitch, the Nightmare King. The long, recuperative sleep that follows changes Nightlight to Jackson Overland Frost—a wild, lonely spirit who wanders the Earth spreading winter until the rescue of a family of errant children gives him fresh purpose: to protect not just one child, but all of them, "For they are all that I have, all that I am, / And all that I will ever be." An elfin, slender figure in tight trousers and a stylish hoodie, his tousled silver locks in definite need of a trim or at least a comb, Jack seems to have stepped from some manga to pose theatrically amid late-autumnal sprays of mist and dramatic, cloudy curlicues. Nonetheless, the children's elegant, Edwardian dress and references to a lost Golden Age in the mannered narrative intensify the retro atmosphere common to this series. As ever, the force of nostalgia is strong; the force of narrative, not so much. (Picture book. 6-8)[7] 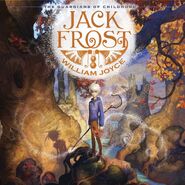 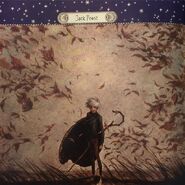 Last illustration in the book [12] 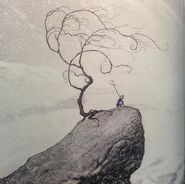 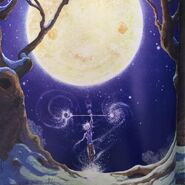 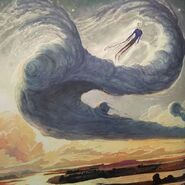 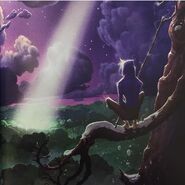 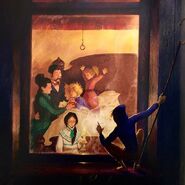 Jack looking at a family. Bill Joyce's wife is portrayed twice in this illustration: as the mother and the child at the window.

Elizabeth Baucum Joyce's cameo. My lovely lovely wife. She's in all my books. Here she is in the JackFrost book coming out in October. She is so strong and amazing. Unable to move for several years. She written a memoir with the help of a dear friend. [15] 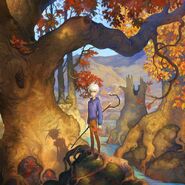 Original Art for the cover.
Add a photo to this gallery

Retrieved from "https://riseoftheguardians.fandom.com/wiki/Jack_Frost_(The_Guardians_of_Childhood)?oldid=108426"
Community content is available under CC-BY-SA unless otherwise noted.