Rise of the Guardians Wiki
Register
Don't have an account?
Sign In
Advertisement
in: Characters, Guardians, Males, Females 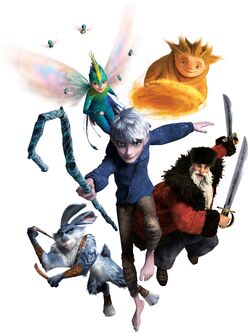 They were created and chosen by Manny, The Man in the Moon, to protect the dreams of children from the Nightmare King, Pitch, and bring joy to the world.

The team originally consisted of only 4 members: North, Tooth, Sandy and Bunnymund. Jack Frost is the new team member that has joined recently.

In the books, there are a few more Guardians like Katherine, Nightlight and Ombric. 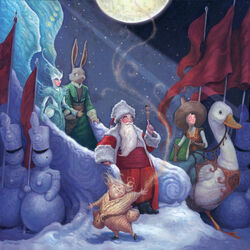 In the books, The Man in the Moon has chosen Ombric, Katherine, and Nightlight alongside North to help fight on the battle against Pitch.